This is a tale about finding the right motivation for your children and enjoying the results. Pen licenses are not a new idea, but I have been staggered by the affect they have had on my class.

I was getting frustrated that the writing in handwriting books was not being applied across the all of the writing the children were doing. Some children tried to present their work neatly all of the time, but most got lazy, sloppy and tended to rush their work at times. That was until I told them they would be given a fountain pen if they were able to show consistently neat work, and by jingo, it worked.

The impact was instant. All of the class upped their game. This impact was increased further when the first 3 pens were given out and they became a prized and highly sort after possession. 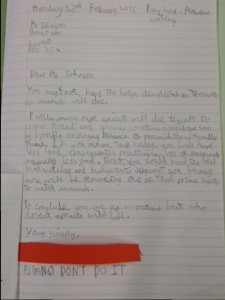 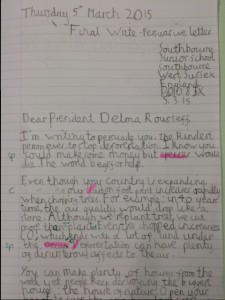 Pen licenses gave a really quick fix to a niggling problem and allows us to focus of other areas of writing to improve upon. The knock on effect is that the children are also taking more care about their spelling and use of punctuation.

The pens themselves are fairly cheap, plastic fountain pens and given out in assembly by the Head to add to the sense of achievement. 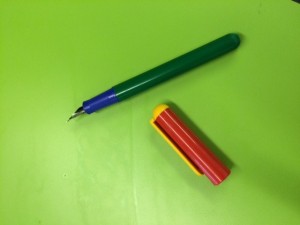